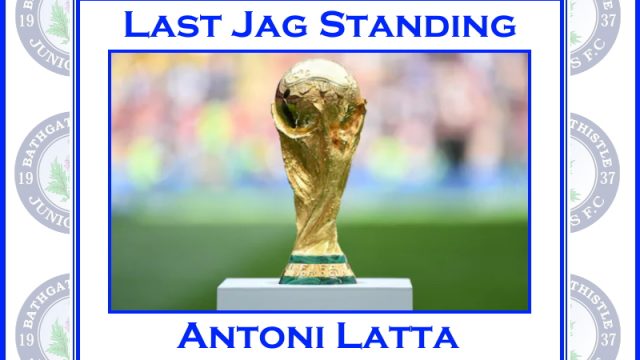 Last Jag Standing: We Have a Winner

We have a winner!!

The first Last Jag Standing competition of the season has been won by Antoni Latta. Whilst the other three competitors exited due to losses by Everton and Spurs, Antoni managed to scrape through by picking Manchester City. City of course found it tough against Watford, for around the first 20 seconds or so, but they eventually managed to eek out a narrow 8-nil win to hand Antoni the cash.

The club would like to place on record its thanks to everyone who participated and helped raise the club some much needed funds. Your support is richly valued and never taken for granted. And of course massive congratulations to Antoni. #MonTheJags