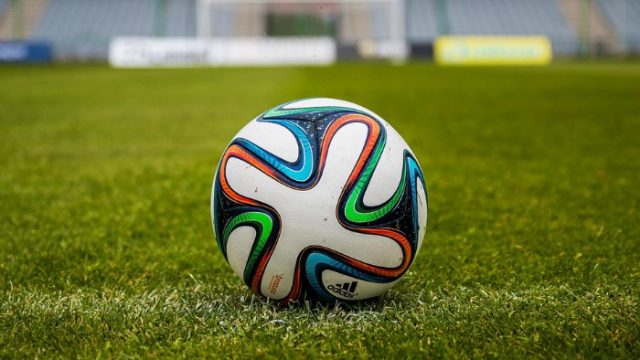 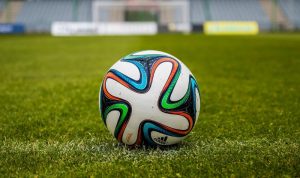 After the excitement of last weeks dramatic injury time win against Harthill, expectations were high for another home win against 4th places  Bathgate, but in reality from the early stages of this game there looked to be only one winner, and it wasn’t the home side.

With a swirling wind in their favour, Bathgate attacked the YM from the off, and took the lead in only the second minute when the dangerous Dalrymple cut in from the right wing before lashing the ball past the helpless Wilson in the YM goal to give the visitors an early lead.

YM earned a corner a minute later with  Martins  cross from the right finding Hyslop but McGee saved comfortably in the Bathgate goal. Fenton then had a great chance to equalise in the 4th minute when a  Price cut back from the byline found Fenton on the penalty spot but his shot was saved by the feet of McGee and cleared to safety.

Bathgate then pressed for the second goal and had the YM under severe pressure, Dalrymple was causing the YM defence all sorts of bother as they struggled to contain him. The left winger had a great chance after 12 minutes but he blaster his shot from 12 yards across Wilson’s goal beyond the post.

A series of corners and free kicks followed into the YM box with some desperate defending  keeping the visitors out.

However another free kick was conceded after 16 minutes about 22 yards from goal on the left. Up came Dalrymple who curled the ball over the wall inside Wilson’s nearside post to give Bathgate a deserved 2-0 lead.

The YM were offering very little as an attacking force as Bathgate kept them pinned back.

They almost further extended their lead after 28 minutes when a cross  from Easton from the right found King in space inside the six yard box but he blasted over from close range.

Bathgate  kept the YM under pressure for the remainder of the half but failed to increase their lead. The YM were fortunate to only be 2 behind at the break but the welcome half time whistle gave manager Craig Ness the opportunity to regroup.

The second half started with YM replacing Hunter with Lyndsay in midfield as the only change.

In the early stages the YM were having more of the ball but unable to create any chances to trouble McGee in the Bathgate goal.

Bathgate almost increased their lead after 60 minutes when Easton’s freekick from the left picked out Taylor and his first time shot brought out a great save by Wilson.

YM introduced Geddes and trialist Lewis in attack to mix things up, and they managed to get a goal back with one of only a few  shots on target after 70 minutes when Martins corner from the right found Lewis unmarked at the back post where he had a simple tap in to bring the YM right back into  the match with 20 minutes to go.

The expected cavalry charge of last week however failed to materialise, as the YM struggled to break down a stubborn  Bathgate defence and chances were few and far between.

YM huffed and puffed but couldn’t create enough in the Bathgate box although a last minute 25 yarder from Lyndsay hit the top of the Bathgate bar and could have earned an unlikely point. Bathgate we’re happy to play on the break, keeping it tight at the back to comfortable see out the game and double their lead over the YM to six points in the league with both teams just having three league games to play.

A disappointing display from the YM after last weeks win, although after losing two early goals they re grouped at half time for an improved second 45 minutes but didn’t really trouble the  Bathgate keeper enough  to earn anything from the match.